Yandicoogina is located 52 kilometres southeast of Marble Bar in the Pilbara region of Western Australia.

The property is comprised of two granted exploration licences (E45/3474 and E45/3571) and two granted mining leases (M45/115 and M45/987) covering a total area of 89 km². Raiden’s wholly owned subsidiary Pilbara Gold Corporation has option 75% of all the licences.

Work in the area by previous explorers has included surface sampling (stream sediment, soil and rock), geological mapping, surface and airborne geophysics and limited drilling under some of the historic workings.

A total of 12 holes for 523 metres were drilled by two explorers at three areas of historic workings in the 1980s. Intercepts include:

No drilling has been undertaken since that program. Little work has been conducted to test the Apex Basalt, which hosts gold mineralisation at Klondyke 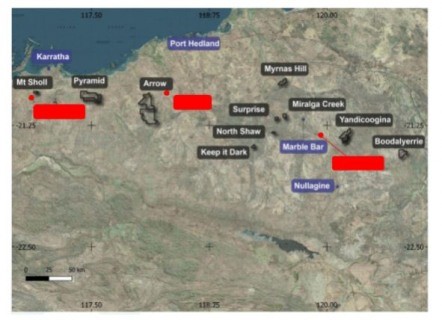 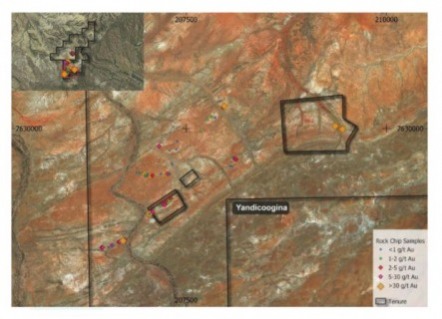 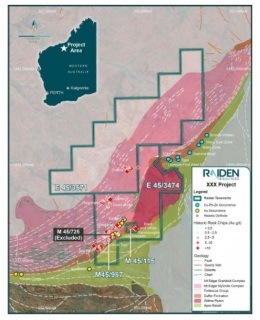 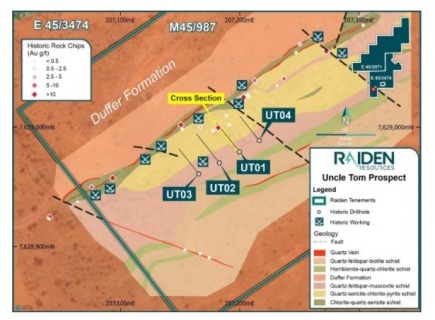 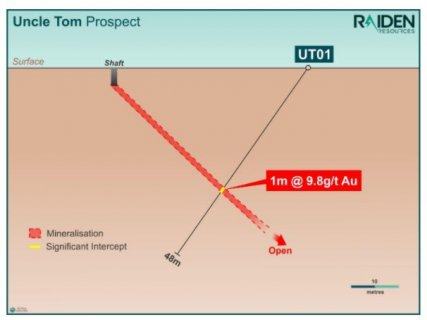 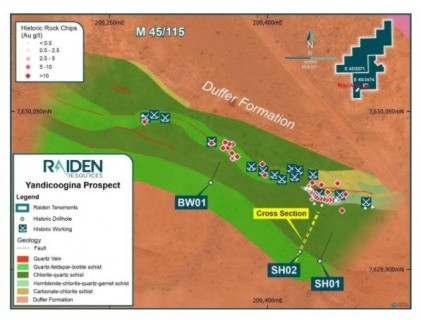 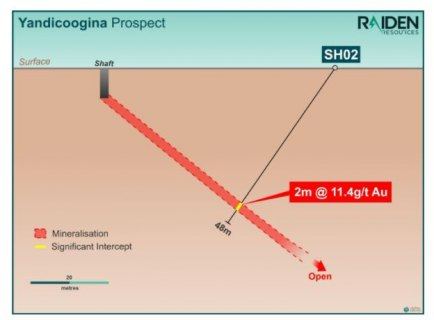 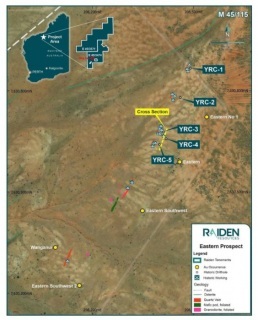 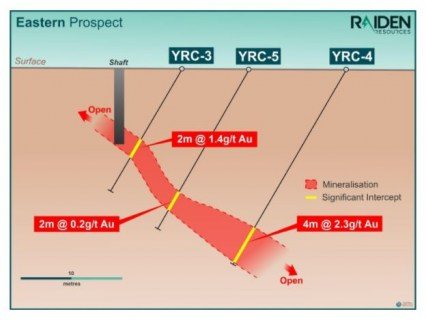 Yandicoogina licences cover part of the Paleoarchean Warrawoona-Kelly Greenstone Belts and the southeast edge of the Mount Edgar Granitoid Complex. Greenstone rocks include Duffer Formation felsic volcaniclastic rocks and schist and the overlying Apex Basalt, which hosts the Klondyke gold deposit. Granitoid incorporates banded tonalite, granodiorite and monzogranite gneiss and migmatite. The Mount Edgar Mylonite Complex is a wide zone of deformation on the margin of the granitoid complex. The Paleoarchean Willina Pluton intruded the mylonite complex, post-dating the primary phase of deformation.

Mineral occurrences are clustered in strain shadows adjacent to the Willina Pluton. On the southwest side are historic workings on orogenic gold occurrences. To the northeast are VMS occurrences, part of the Lennons Find camp (not held by Raiden).

Gold mineralisation in the Mt Edgar Mylonite Complex is hosted by quartz veins in chlorite-carbonate altered schist. At Klondyke, gold mineralisation is closely associated with the Kopcke’s Leader chert horizon. A number of chert horizons have been mapped by the GSWA on Raiden’s licences. Bonanza gold grades (1,380 g/t) were recorded for historic production at the Invincible mine, which is associated with a mapped chert horizon in the Apex Basalt one kilometre southwest of the Yandicoogina property boundary.

Raiden is planning a follow up program aimed at placing the historic drill intercepts in context and identifying high priority drill targets. Work will include detailed geological mapping of drilled historic workings and field review of historic geochemical targets.