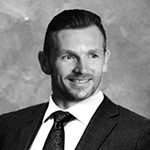 Mr Michael Davy is an Australian executive and Accountant with over 15 years’ experience across a range of industries. Michael previously held a senior management role in Australia for Songa Offshore (listed Norwegian Oil and Gas drilling company), where he assisted with the start-up of the Australian operations and managed the finance team for a two rig operation with multi-hundred million dollar revenues. Prior to that Michael had worked in Australia and London for other large organisations overseeing various finance functions. Mr Davy is currently a director and owner of a number of successful private businesses all under his personal management. During the past five years Mr Davy has held directorships in several ASX listed companies and is currently the Non-Executive Director of Vanadium Resources Limited (ASX: VR8) and a Non-Executive Director of Riversgold Ltd (ASX: RGL). 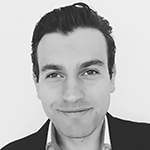 A geologist with over 13 years experience in the resource sector. Previous positions spanning exploration; mining operations, investor relations and executive roles. He has worked in the Americas, Africa, Asia and Europe, and has significant experience in Eastern Europe. He held positions with a number of junior and mid tier development companies and served on the advisory board of a number of private companies. He also acted as an advisor and Head of Small Scale Mining within Barrick Gold Corporations’ Asset Development Group. 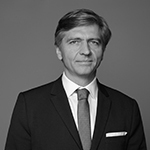 Mr Ginn is an experienced mining executive and geologist of over 30 years based in central Canada. He is the founder of numerous exploration and mining companies and has led and participated in a variety of gold and base metal discoveries, many of which have entered production.
Mr Ginn has led or was part of the discovery teams for the Gladiator, Hinge, 007, 777, Trout Lake, Photo, Edleston and Tartan Lake deposits and received the Quebec Discovery of the Year Golden Hammer award in 2018 for the Gladiator high grade gold deposit. His contributions have led to approximately 10 million ounces in resource generation as well as over $500 million in capital raised for exploration and development projects. His experience has included both senior and junior companies such as Goldcorp, Harmony Gold, Hudbay, Westmin, San Gold, Bonterra, Gatling Exploration and others.
While specialising in complex, structurally controlled gold deposits, he also has extensive mine-operations, development and start-up experience. In addition to operations experience, Mr. Ginn has most recently been extremely active as a partner with RSD Capital of Vancouver in founding and creating startup exploration companies such as Pacton Gold, and successful spinoffs like Gatling Exploration. Dale is a registered professional Geologist (P.Geo.) in the provinces of Ontario and Manitoba. 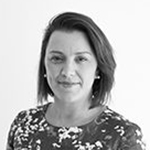 Chartered Accountant and Director of Onyx Corporate. With over 10 years experience, Ms Garic specialises in the ASX markets providing professional services including Financial Reporting (IFRS) and Company Secretarial to a range of industries. Ms Garic has been involved in the recapitalisation of various ASX-listed companies.