The Project Area is located in Western Bulgaria, 60 km NE of Sofia, within the copper-gold Panagyurishte mining district, and it is easily reached from Sofia by good quality highway and paved roads. There is excellent power and water infrastructure.

The project is 100% owned by Raiden Resources.

The Lakavitsa Cu-Au-Mo mineralization is associated with Late Cretaceous sub-volcanic porphyritic intrusions  and  dykes. There has been no application of modern exploration tools in the area since 1974.

Based on the existing data, alteration system extends for over an area of 3 x 1.5 km and it is comparable to other projects which are associated with known copper resources and deposits in the district and region. Historical drilling reports Cu-Au Porphyry mineralisation of significant widths.

Although the accuracy of the various data sets cannot be confirmed, the observed alterations and mineralisation at the surface are spatially correlated to the historical drilling data sets. Moreover, as soon as the project is fully permitted by the Ministry of Energy, Raiden Resources plans to commence with a targeted exploration campaign. The aim is the definition of  porphyry mineralisation, where  no  modern exploration techniques have been applied since the early 1970’s.

BG1 (Lakavitsa) is an advanced exploration project with known  copper-gold-molybdenum (Cu-Au-Mo) porphyry target at the Lakavitsa area, where the geological setting and alteration mineralogy indicate current erosional levels are at top of the potential porphyry system. The project has been drill tested by the Bulgarian State agencies, which have proven up the existence of significant copper-gold porphyry mineralisation, but the target remains untested at depth and has not been explored since the 1970’s. 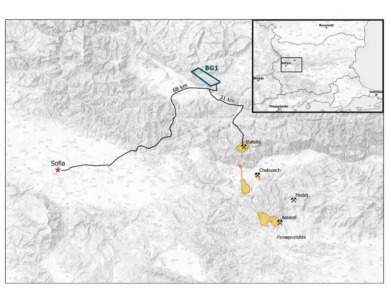 Figure 1. - Location of project area in relation to
Sofia and the operating mines 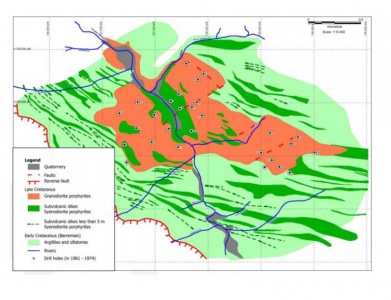 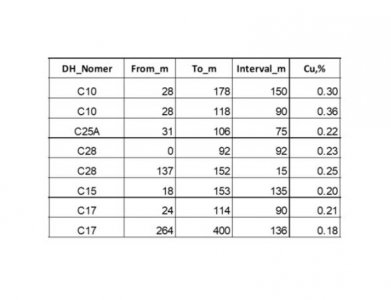 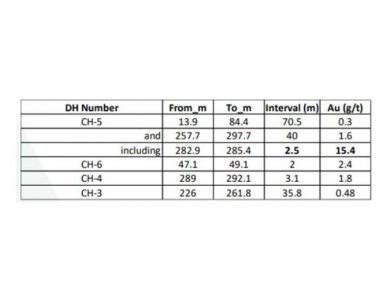 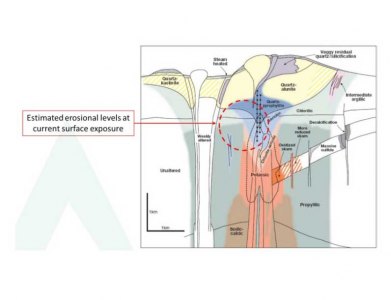 Figure 5. Estimated erosional levels of the
Lakavitsa prospect. The Company
postulates that the potassic core/target is still preserved
and further exploration is warranted. 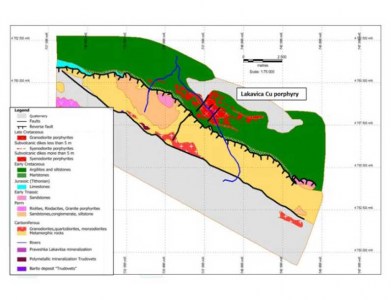 In terms of metallogeny, the Lakavitsa Cu-Au-Mo project is located on the northern extend of the Panagyurishte mining district.

The existing sub-volcanic intrusions are emplaced in Lower Cretaceous sediments, that comprise the footwall (north-eastern block) of Plakalnica reverse fault, a second-order structure related to the major Dragoibalkan fault zone. The igneous rocks outcropping in the area of Lakavitsa prospect form comparatively small subvolcanic to hypabyssal bodies with stock-like shape which rarely exceed 100 m in thickness.

Three phases of porphyritic intrusions have been mapped at a regional scale and include granodiorite, syenodiorite and monzodiorite. The intrusions are late post-collisional in their timing, which is typical of the mineralization-related intrusions. Radiometric dating of zircon from these intrusions yields a magmatic age of 93.1±0.38 Ma . This age is very similar to the age of the intrusions at the Elatsite and Chelopech deposits, both of which are currently actively mined along the strike to the south. The stocks and dikes are steeply dipping ( ̴70°) to the SW and have NW-SE strike parallel to the major fault zones.

The most altered rocks appear to be the granodiorite porphyrites. The main hydrothermal products are: epidote, zeolites, sericite, biotite, carbonates, chlorite, actinolite and quartz. The alteration can be classified as transition between propylitic to phyllic zones. Intense pyritization was observed in both intrusive and host rocks. Based on the field observations and available literature, the main sulfide minerals found at Lakavitsa project are: pyrite, chalcopyrite, molybdenite, galena, sphalerite, bornite, arsenopyrite, magnetite, malachite, azurite, cuprite, chalcocite, etc.

The Project Area is a large Cu-Au-Mo porphyry prospect, which requires further drilling to test the potential for significant copper mineralization that may be open and untested at depth.

Given the well-developed infrastructure, and the relative low elevations, Raiden Resources believes the project will be accessible most of the year once exploration activity commences, with the potential of revealing significant copper mineralisation at depth. This is supported by the geological setting within the respective district, as well as the observations from outcropping alteration and copper mineralisation, and indications of copper mineralisation in the historic drilling. 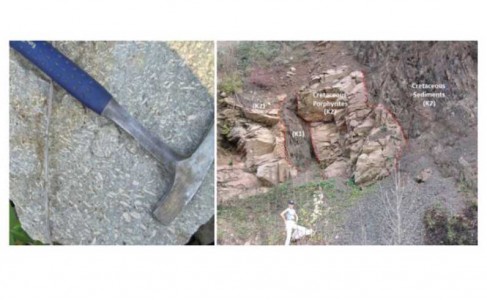 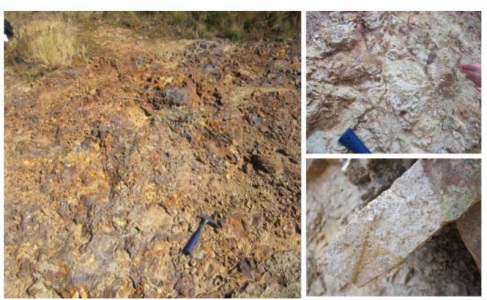